Performed by: INXS
DJ: Kelley Buttrick in memory of her best friend and guide Zak Miller.

Ever Wish You Could Go Back in Time

When I first started in voiceover, I was overwhelmed and lost. Lucky for me, I met Zak Miller who helped me navigate the waters of being a voiceover talent and business owner. The second time we met in person, this song came on, and simultaneously we both said, “I love this one!” I think of my friend every time I hear it.

The following was originally published in Backstage Magazine.

Newbie. Everyone has to start somewhere, right?

I found my direction getting lost on a dirt road.

When we drive, we find guidance via GPS saving us time and frustration. On our professional journey, we also need a guide to help us navigate unfamiliar territory.

About two weeks after landing my first agent, I was down visiting an old friend who owns a house a block from the ocean in Daytona Beach, Florida.

There was no need for a portable rig yet, as I’d barely booked any work at that point, but I did identify the closest studios in the unlikely event an audition or job would come through while I was there. The nearest one was more than an hour away.

Thursday, nothing hit my inbox. Friday, nothing. Then, WHAM! Three o’clock on Friday afternoon, three huge auditions came in from my agent. There was no way I was going to get the kids out of the ocean, sand out of my hair and to a studio before they closed.

My coach had drilled into my head that my best chance of winning an audition was to be one of the first ones to submit, so I needed to get them in ASAP, well before the Monday morning deadline.

So, I did what my mother told me never to do. I talked to a stranger.

Desperate, I hit Facebook and found a voiceover talent nearby named Zak Miller. I didn’t know him other than the fact we were in some of the same industry groups online and had some mutual friends.

“Hi, um, I know you don’t know me, and it’s a weekend, and uhhh, I’m wondering if I can come use your studio this evening… I promise I’m not an axe murder,” my tongue stumbled over itself.

Zak laughed his contagious giggle and said, “Come on over.”

He lived in what my GPS classified as an “unverified area”– basically the middle of nowhere, and I got lost at least twice trying to navigate the dirt roads leading to his house.

Flashing a big grin, wearing baggies and a Miami Dolphins shirt, the great Zak Miller welcomed me to his home and studio.

Not only did Zak let me use his studio that evening, he expertly directed me through each audition. I didn’t know he had been a sound designer for more than 20 years working in the advertising and production industries. He knew the world of voiceover from all sides of the microphone.

After the files had been sent quickly enough to make my coach proud, Zak offered me a beer and shared his story. I knew he was respected in our industry as a talent but also learned about him as a sought-after sound designer, proud dad, devoted son, avid surfer and advocate for Surfers for Autism.

The passion he had for his chosen field was evident in every story he told about it, and it was obvious why colleagues and clients thought the world of him. He loved his job, his family, the ocean and helping people in any way he could.

On Friday, I entered a stranger’s house, but left the studio of a man who would become my VO sensei and one of my dearest friends.

The following Monday he started sending me work.

From then on, I consulted Zak about everything from gear to how to interact with clients. He was my first call when I booked my first live studio session. He pushed me in ways that grew my business, kept me from career mistakes, got me added to agency rosters and always had an ear when I needed to vent or even cry.

As my career grew, I returned his kindness pushing him in ways that grew his business, helping with client relationship-building, getting him added to agency rosters and always having a listening ear when he needed one.

After my second year in business, it was Zak who convinced me make the significant investment in ISDN, a technology allowing me to work with clients all over the world. That investment helped me almost double my income that year.

Not long afterwards, I referred Zak to what became his biggest client. He’d thank me all the time, but I kept saying it was I who should be thanking him for making me a hero to a client who absolutely loved working with him.

It wasn’t just that client. All clients I sent Zak to absolutely loved working with him.

When I decided to do something no one in our industry had ever done launching my own full-scale marketing campaign to voice for Jeep, Zak was not only one of the loudest cheerleaders but the person who made a large part of it happen technically. He made the impossible possible allowing me to get decent audio driving down the road in a Jeep Wrangler with the top down. The Jeep Hair We Care video series earned us a Bronze Telly, something he was deeply proud of.

Sometimes, we’d even get to work together, and that was always a blast whether we were VO husband and wife for a radio ad or live announcing an awards ceremony as a team.

We didn’t always agree, but we always had each others’ backs.

Working in the gig economy can be isolating. Having someone in your life who gets what exactly it is you do, is a gift.

Zak eventually moved out of the boonies and to his dream home at the beach quickly becoming a member of the surf community there. He’d gleefully torture land-locked friends with ocean sunrise photos before his almost daily morning paddle out.

His home studio at the beach was always busy if not with his own sessions, then facilitating sessions for friends visiting the area or local VO kids who didn’t have their own studios. His door, as his heart, was always open.

On August 22, 2017, despite being in good physical health and only 49 years old, Zak’s huge heart stopped working.

The world lost not only a great talent but a great human being when we lost Zak Miller. I am more grateful than any words can say to have had him as my guide and dearest friend. 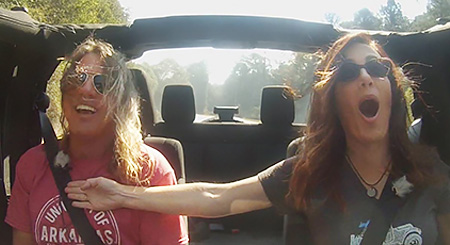 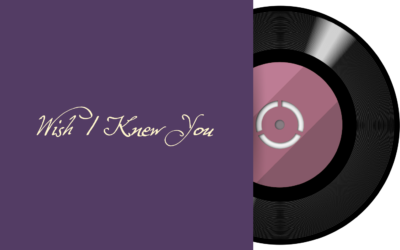 Wish I Knew You

The Revivalists sing about lost time, while DJ Kelley Buttrick ponders the advice she would give to her younger self.

END_OF_DOCUMENT_TOKEN_TO_BE_REPLACED 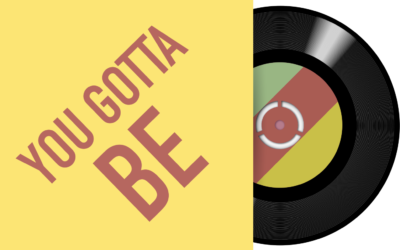 A. Kenyatta Greer discusses this Des’Ree song and how it relates to raising creative children modeled from fearlessness, curiosity, love.

END_OF_DOCUMENT_TOKEN_TO_BE_REPLACED 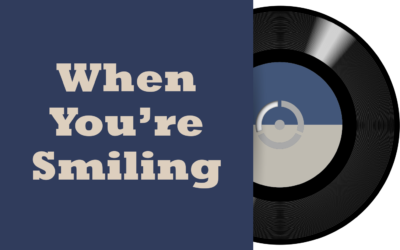 When You’re Smiling (The Whole World Smiles With You)

Kelley Buttrick discusses how this Louis Armstrong single is proof that a genuine smile should be a part of everyone’s business toolbox.

END_OF_DOCUMENT_TOKEN_TO_BE_REPLACED

Why the Business Practice Playlist? Where some people find romantic inspiration or work out motivation in music, voiceover talent Kelley Buttrick finds business wisdom in the words. Fortunately, her creative and successful business friends do too, hence the birth of the Business Practice Playlist. In this blog, DJs spin experience and advice for fellow music lovers working in creative fields.