It’s been nearly a year since Jeep launched its user-generated campaign “My Jeep Story” for its 75th anniversary. Jeep’s head of advertising Kim House told Campaign that it was vital to let brand loyalists tell its story, rather than some historian who may or may not have owned one of its vehicles. And Jeep superfan Kelley Buttrick took this opportunity one step further.

The lifelong Jeep fan unveiled her own campaign, “KB4JEEP,” urging the brand to hire her for voiceover work. The carmaker never did, but Buttrick’s entire family still drives their Jeeps—2015 Black Jeep Wrangler Unlimited (her stepdad), 2012 black Jeep Wrangler (Kelley), 2016 Jeep black Grand Cherokee SRT (her husband) and 2011 silver Jeep Grand Cherokee (their 16-year-old daughter)—and will forever be part of the Jeep family.

Here is her story. 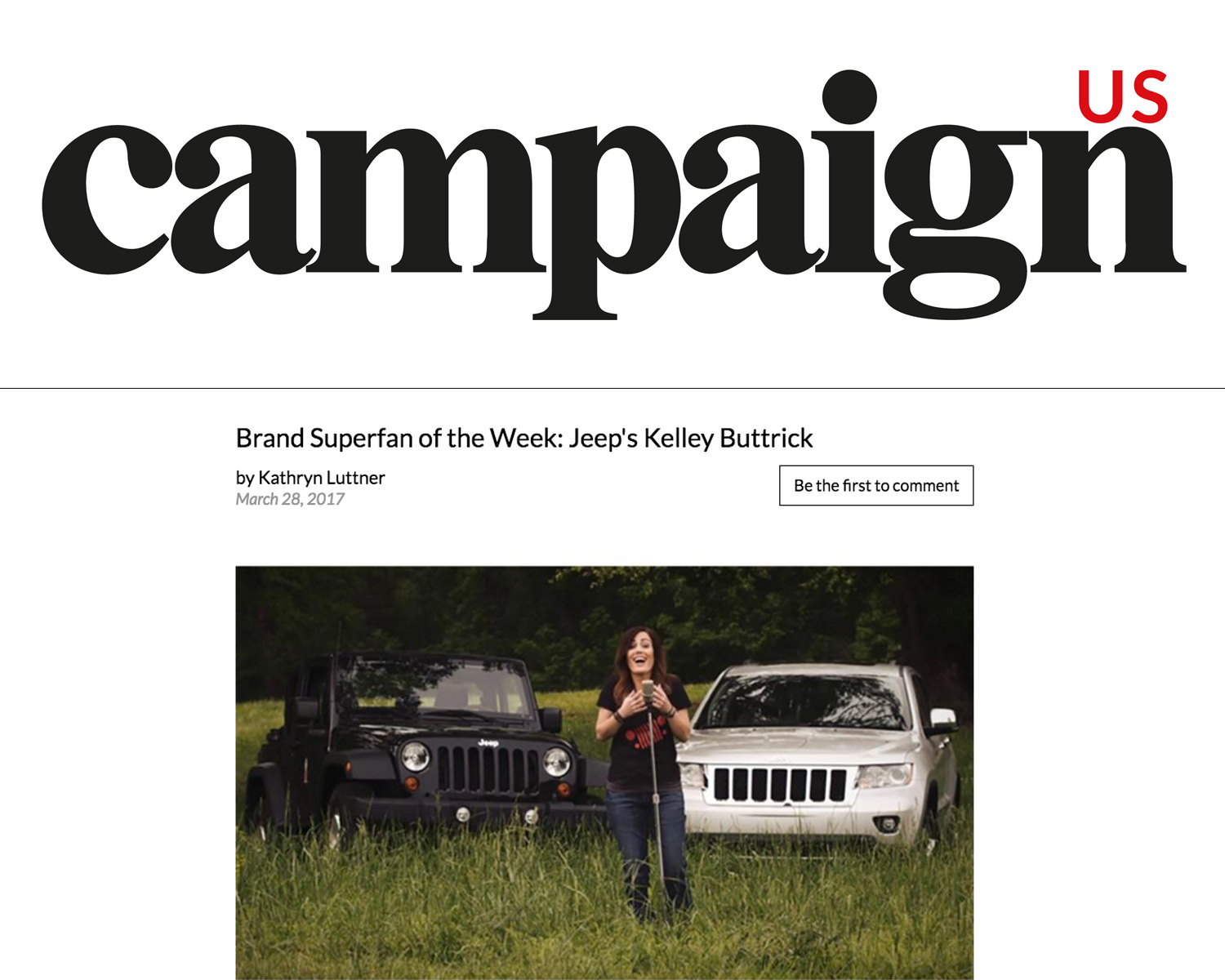