How does Tyler Perry use VO?

It was such a pleasure to interview his casting agent, the incredible Rhavynn Drummer, for this article I wrote, first published in Backstage. Big thanks to my agent Jeffrey Umberger for introducing us. I’ve voiced for two different Tyler Perry television shows, “The Haves and The Have Nots” and “If Loving You is Wrong.” Here’s what the amazing Rhavynn shared about her experience casting voiceover for Tyler Perry’s television series.

Casting 10-20 VO roles per TV series and at least 3-5 voice actors per film, Rhavynn Drummer is an expert in the casting process. The Atlanta-based producer/casting director genuinely loves actors and great performances, and it shows.

Her career started in casting at Tyler Perry Studios, which is where I met her after being cast as a voice actor for an episode of “The Haves and the Have Nots” and later on “If Loving You is Wrong.” She’s been a part of casting 15 feature films, seven television series and seven theatrical productions including “The Family that Preys,” “Why Did I Get Married Too,” “The Marriage Counselor,” and many others. She is the creator of both “Good Girls” and “Brooklyn Blue Sky;” two digital series.

She graduated from the University of Virginia and while there, resurrected the Paul Robeson Players, a theater company focused on producing African American stories and experiences. For more information on Rhavynn, visit rhavynndrummer.com.

What are the differences in the audition processes of casting a voice actor from an on-camera actor?

When I cast a voice actor, I’m listening to hear how the actor connects to the dialogue and scene vocally. When I cast an on-camera actor, I’m looking to see how they connect vocally, physically and emotionally.

What are you listening for when playing back VO auditions?

Is there anything voice actors do in their auditions that elicits an immediate “no” from you?

Since I work mainly in the scripted space, most of the voiceover roles I’m casting are “characters.”  Immediate “nos” are usually because the actor is just saying the line(s)…and nothing else.

What do you think about voiceover talents taking liberty with the script?

Do you ever go to an on-camera actor you’ve worked with to do one of your VO projects?

I work mainly with agencies that represent on-camera and voice actors.  Many times, I receive voice auditions from actors that we’ve also auditioned for on camera roles.

Where do you find your VO talents?

Do you listen to all auditions, or do have agents narrow down your options?

Why is the turnaround so fast for TV series VO casting?

There’s ALWAYS a fast turnaround for everything in TV, lol.

I think the only difference is that you don’t see that actor. The best VO performances are the ones that feel as though you can see the actor’s performance.

Do you have voice actors record in a studio or on set, and why?

I’ve experienced both.  It depends on the time constraints, the VO role, and what the creative team wants.

One of my favorite VO experiences was when we did an episode that was about 50% VO performance.  The scene revolved around a VO character calling into a suicide helpline at a church.  It was a REALLY awesome role to audition and really beautiful to witness on set.

Any dos and don’ts for voiceover talents who are cast for a TV program?

DO – get your audition in EARLY.  DON’T – simply just read lines off the paper.

Any tips or advice for voice actors who want to get cast on a TV program?

Listen to great VO performances and reels. Learn technique, learn the craft, and then toss it out the window. 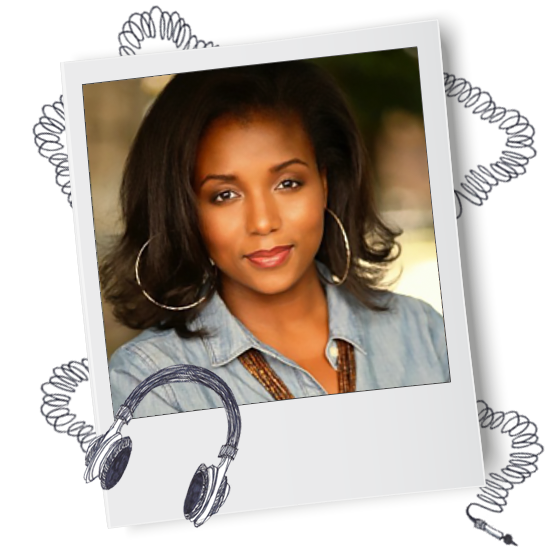